Festival International may be all about the music, but there's so much more to this multi-faceted explosion of international culture. For one, you'll never know what will come marching down the street. Called the Cirque de la Rue, world performers will routinely travel down Jefferson Street, between Vermilion and Garfield, from the handcrafted puppets of the Wanderlust Theatre Co. to the upcycled instruments of Noisician Coalition of New Orleans. The most definitive image remains the stilt walkers. Artists hailing from various countries and Louisiana are a regular feature of Festival International since the event's inception in 1987. Their colorful costumes emerge above the crowd long before they saunter by in the festival's parade, pausing for photos or an impromptu dance. One of the best places to enjoy the festival street performers is at the Louisiana Biergarten on Jefferson Street, a new addition to the festival that's become popular with attendees. The Biergarten combines Louisiana cuisine from four local vendors with eight South Louisiana breweries in a pocket parking lot perfect for resting and rejuvenating.

Bach Lunch, a free outdoors concert that raises money for the Lafayette Science Museum, ties in with the festival at noon Friday, April 24, with a performance by Sunny Duval & Friends from Quebec, along with food by several Lafayette restaurants. Also on Friday is the Parc du Lafayette Jam from 5 p.m. to 11 p.m., an experience for all ages, music and dance styles. There will be local artists participating as well as some from around the United States. At 8 a.m. Saturday, April 25, the Courir du Festival 5K Run begins at Scne Chevron on Jefferson Street, across from Chase Towers. The annual run is appropriate for all ages and skill levels. On the last day of the festival, Father John Melancon will conduct a French Catholic Mass at 11 a.m. Sunday, April 26, at Scne Chevron Heritage. Chevron Scne des Jeunes, or children's arena, provides ongoing activities throughout the festival with live music, interactive educational activities and arts and crafts. There will be yoga at 10:30 a.m. Saturday and Sunday, a scavenger hunt, flag kite creations, musical instrument making and visiting artisans from the Vermilionville historic park who will teach weaving and tomahawk throwing, to name just a few of the many fun activities. In addition, this year the festival has collaborated with PACE (Primary Academic Creative Experiences) artists to integrate an arts curriculum into Scne des Jeunes and the Lafayette Parish School System. PACE is a program administered by the education department of the Acadiana Center for the Arts which assists schools in establishing art programs. For something unique to America, the Children's Ptanque Open Tournament will be held Saturday and Sunday, April 25-26, at Chevron Scne des Jeunes. Ptanque is a French outdoor game involving balls, performed much like horseshoes. 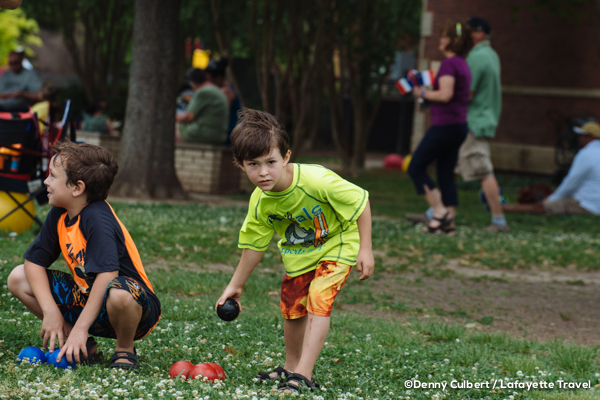 Just as the Lafayette community becomes integrally involved in the festival every year, so does the festival blend out into the community. Festival musicians routinely perform at Lafayette music venues and many Lafayette establishments hold corresponding events. Its a great chance to not only revisit a favorite band found at the festival, but watch them interact with local musicians in a rare and unique experience. For instance, the Rhythm and Roots music series will be rocking the Blue Moon Saloon the week of festival, located a stones throw from festival stages in downtown Lafayette, and will see combination concerts such as the Sub-Saharan Swamp Stomp with Lil Buck Sinegal and CC Adcock of Louisiana jamming with Veiux Farka Toure of Mali, known as the Hendrix of the Sahara. A new element to the festival this year is the Official Big Freedia After Party on Friday, April 24, as New Orleans Queen Diva brings her unique New Orleans Bounce to Lafayette for the first time. 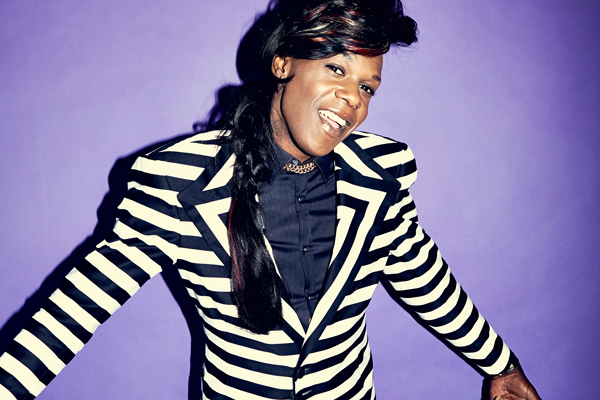 Then on Sunday, April 25, Artmosphere presents a Festival Sunday Brunch with a performance by Sweet Cecilia from 11 a.m. to 2:30 p.m. Returning this year is the Louisiana International Music Exchange (LIME) co-hosted by the Lafayette Convention and Visitors Commission. LIME helps promote and present Louisiana musicians to worldwide music industry professionals and festival scouts on the Friday of Festival International and encourages professional networking opportunities and interactions, while showcasing Louisiana musicians. Scheduled for Friday, April 24, at the Feed & Seed, LIME will host a private Musicians Lounge and Speed Booking with registered musicians and music buyers. The event will then open the doors to the public for a five-band showcase of local musicians. For a complete list of Festival International events, visitFestival Internationa's website by clicking here.

Cher Coen is a Lafayette-based freelance travel and food writer and author of Exploring Cajun Country: An Historic Guide to Acadiana and several other Louisiana-based books.