Not every bouchiers toolkit looks the same. Given the Acadians reputation for homespun innovation and ad hoc ingenuity, you can bet that no task in a boucherie lacked the appropriate tool. This is the same group of improvisers that invented the amphibious crawfish boat with a flat-bottomed crawler and a store-bought tiller. 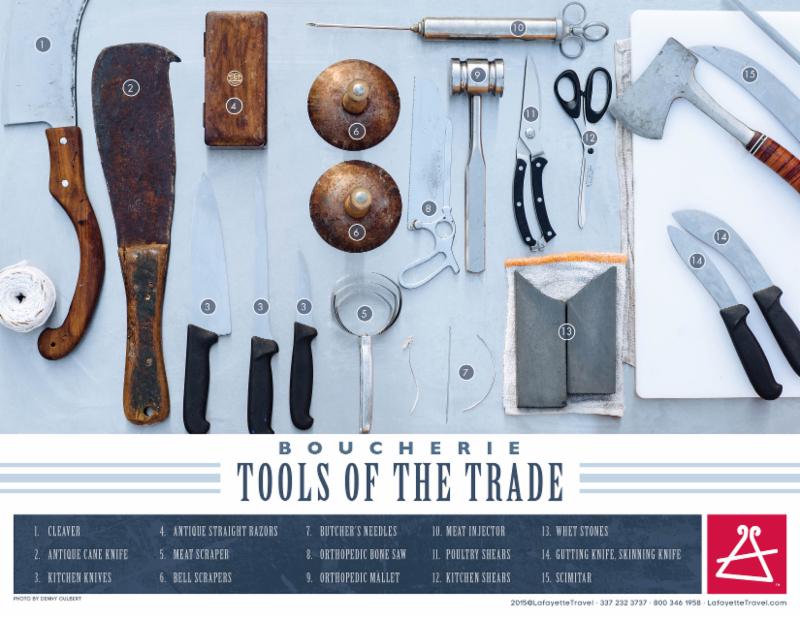 With that mind, taking a look inside this tool kit compiled by bouchier Toby Rodriguez reveals a mixed bag of custom-hewn tools, repurposed gadgets and family relics that he uses to ply the butchers trade. Hes come a long way since butchering hogs with a Sawzall.

Cleaver As exotic and curvaceous as this thing might be, its still just a cleaver. Whats unique about this particular tool is the custom-made handle and the convex bend at the back of blade for better grip and swifter chopping.

Antique Cane Knife This particular relic belonged to Rodriguezs grandfather. Rodriguezs dad used it to scrape the skin and the hair of the pig, a task currently reserved for Rodriguezs bell scrapers to protect the sentimental antiquity. 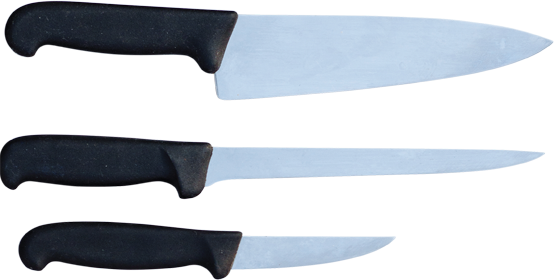 Kitchen Knives You have to chop vegetables with something.

Antique Straight Razors These ivory-handled razors belonged to an Army major in World War II and are slowly falling apart. Rodriguez received these from a dear friend on the condition that they remain in service, and hes honored that request, putting them to work doing the finer shaving after the scrapers are done with their duty.

Meat Scraper Another one of those nameless contraptions that seems to have no place other than at the bouchiers table, the meat scraper is used to rake along the inside of organs and along bones to remove unwanted debris and other inedible pieces.

Bell Scrapers If you want to use all that pig skin to render lard and to fry up cracklins, youre going to have to scrape off the hogs hair. The bouchier uses these deceptively sharp bell scrapers to remove all of that fur and any skin abrasions before skinning the hog. 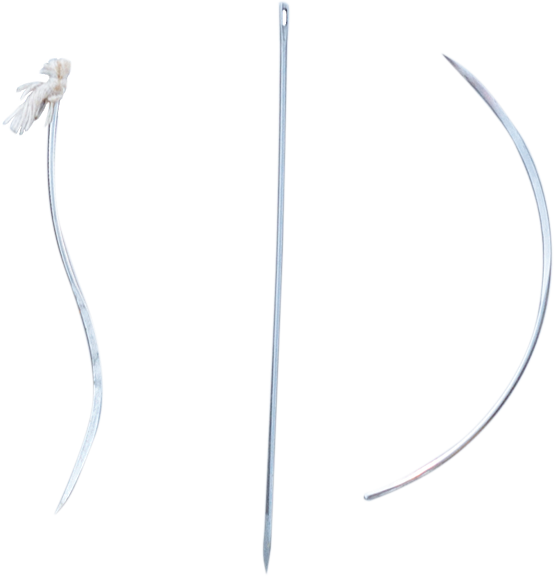 Butchers Needles Used primarily for making ponce, the various shapes of the needles help the bouchier sew up the pigs stomach and secure the sausage stuffed inside of it.

Orthopedic Bone Saw Rodriguez actually has quite a few surgical grade tools that could serve an orthopedic surgeon as well they do a bouchier. Its not really rocket science to understand what an amputee saw is for. Pigs have bones, too.

Orthopedic Mallet A heavyweight, surgical grade mallet, it is used in combination with a cleaver or a hatchet to sever more obstinate tendons, joints or cartilage when portioning the different culinary quadrants. It packs a lot of momentum in a small tool, making it ideal for applying force in tight spaces.

Meat Injector This is to inject marinade and seasoning into large cuts of meat like the shoulder, loin or hams.

Poultry Shears Useful for clipping thinner bones and cartilage, they are used for cleaning inside the hog.

Kitchen Shears Great for clipping butcher string and opening packages really all the same stuff scissors are useful for at your house they usually are not nearby when you need them. 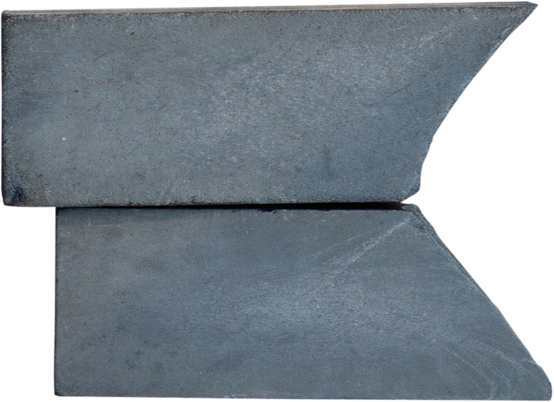 Whet Stones With all that steel on the table, you have to keep it sharp.

Scimitar The jack-of-all-trades in Rodriguezs kit, this scimitar is the first blade used after the fatal gunshot. Once the hog is slaughtered, this knife is used to open its throat so the blood can be collected for boudin noir.

When not waxing pompously about food and what should be in it, Lafayette native Christiaan Mader is writing and recording songs for his critically acclaimed band Brass Bed, a fixture of the south Louisiana music scene. He’s performed internationally with Sub Pop recording artist Shearwater, and written Ray Davies fan fiction for Vice Magazine. His music has been featured in publications like Spin, Entertainment Weekly, and The New Yorker, as well as on nationally syndicated radio programs and podcasts produced by NPR and KEXP.