In the heart of downtown Lafayette, operating Tuesday through Saturday each week, is possibly one of the most important restaurants in Louisiana. Since 2008, Johnson’s Boucaniére has been serving up smoked meats, boudin, and BBQ to Lafayette patrons, but the tradition of their food goes back to the time before refrigeration and supermarkets. 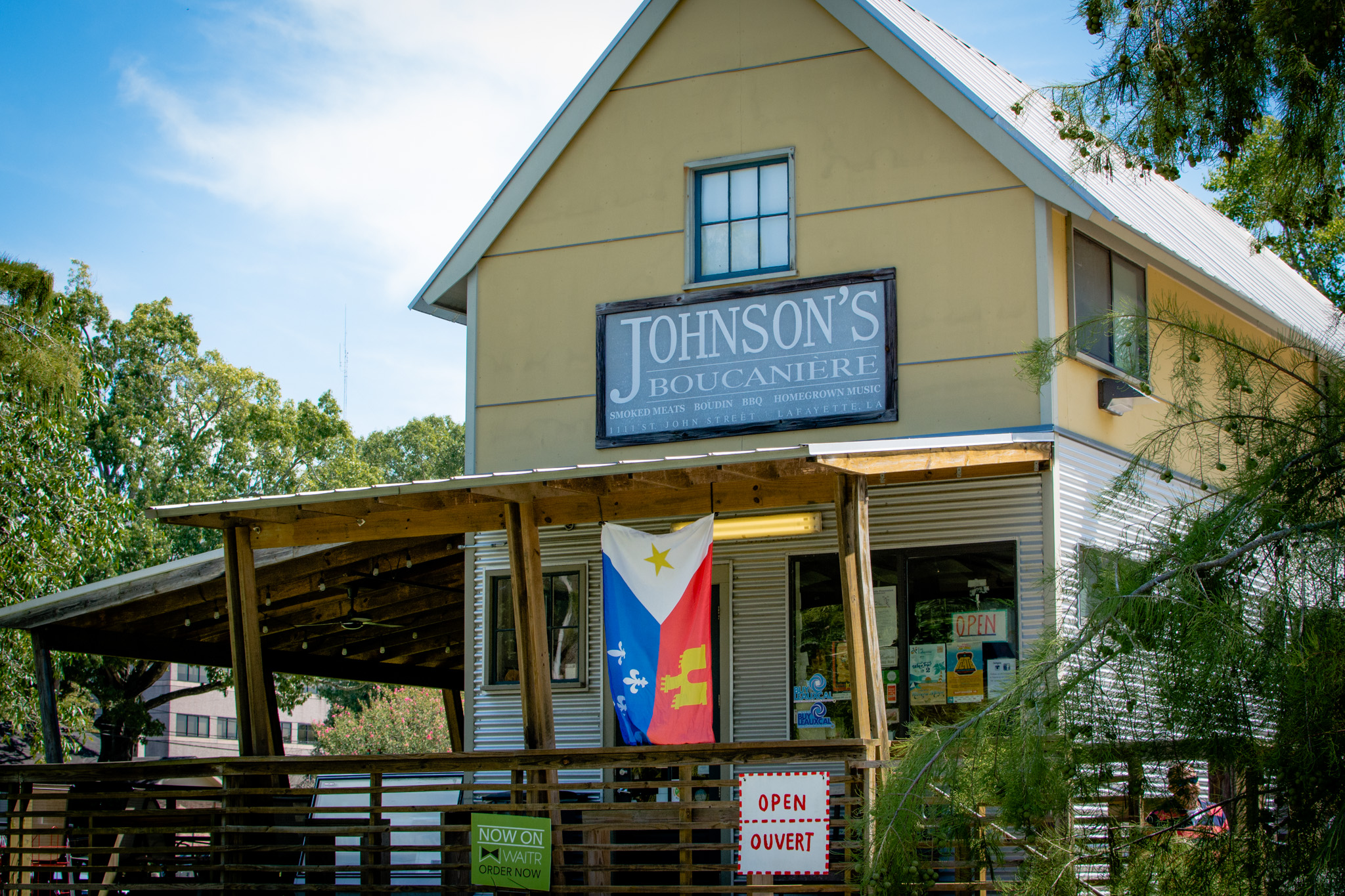 In 1937, Johnson’s Grocery opened in Eunice, Louisiana as a cornerstone of the local community offering canned goods and dry staples. Operated by the family of Mr. Wallace Johnson, the establishment began offering smoked meats, butchered pork and beef cuts in 1948, quickly becoming the source for the first commercially available boudin in Acadiana. 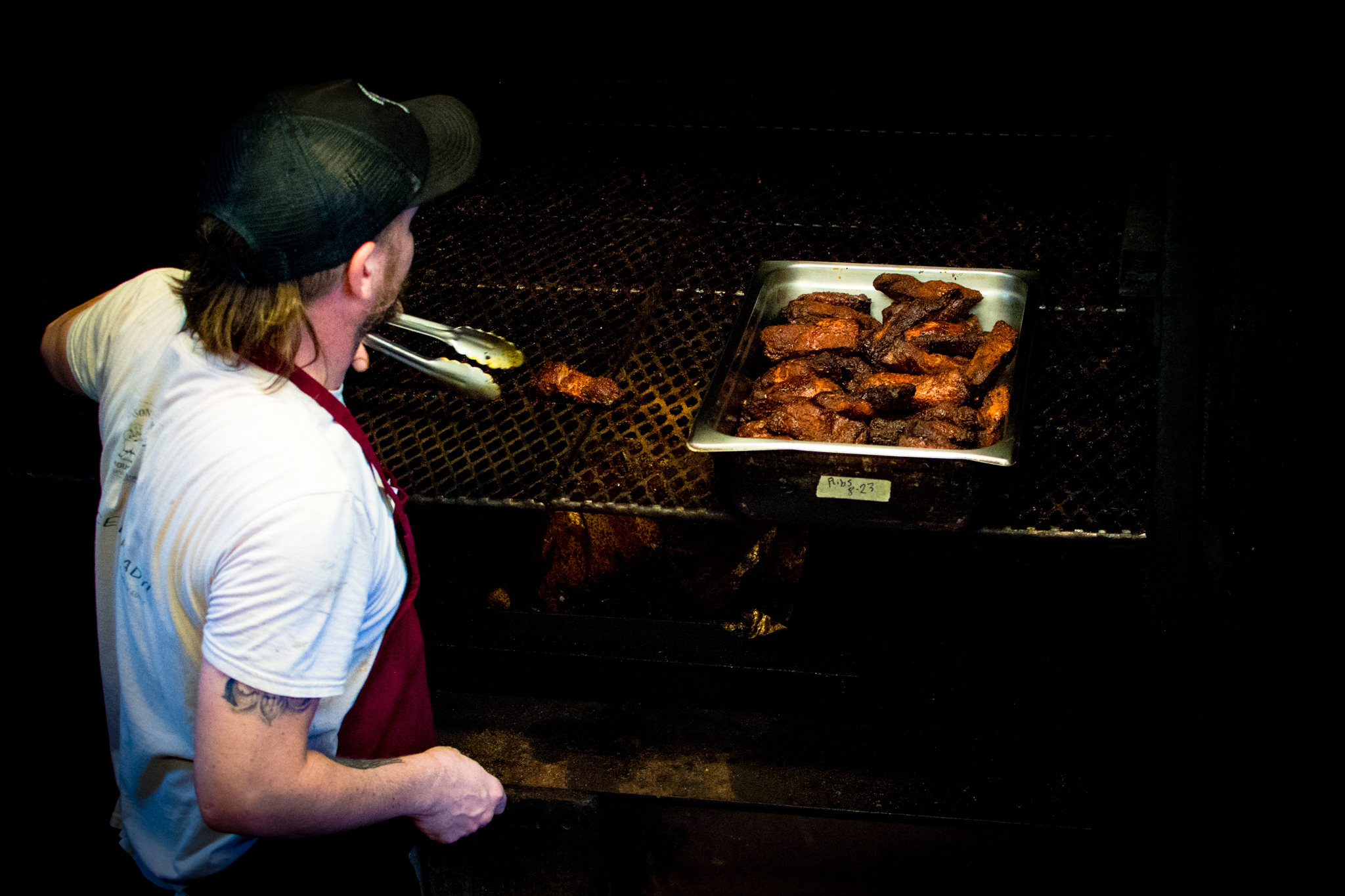 In those days, the community would slaughter and butcher hogs as winter approached preserving the meat with salt and spices in the absence of refrigeration to fend off pests and rot. With each neighbor taking home a portion of the meat for their efforts, the communal boucheries were a way to maximize the sustenance offered by the sacrifice of the animal. The intestines were removed, cleaned inside and out, and stuffed using a cow’s horn to make sausage. Johnson’s Grocery would offer the sausage and boudin brought to them from these boucheries for sale to others in the community. 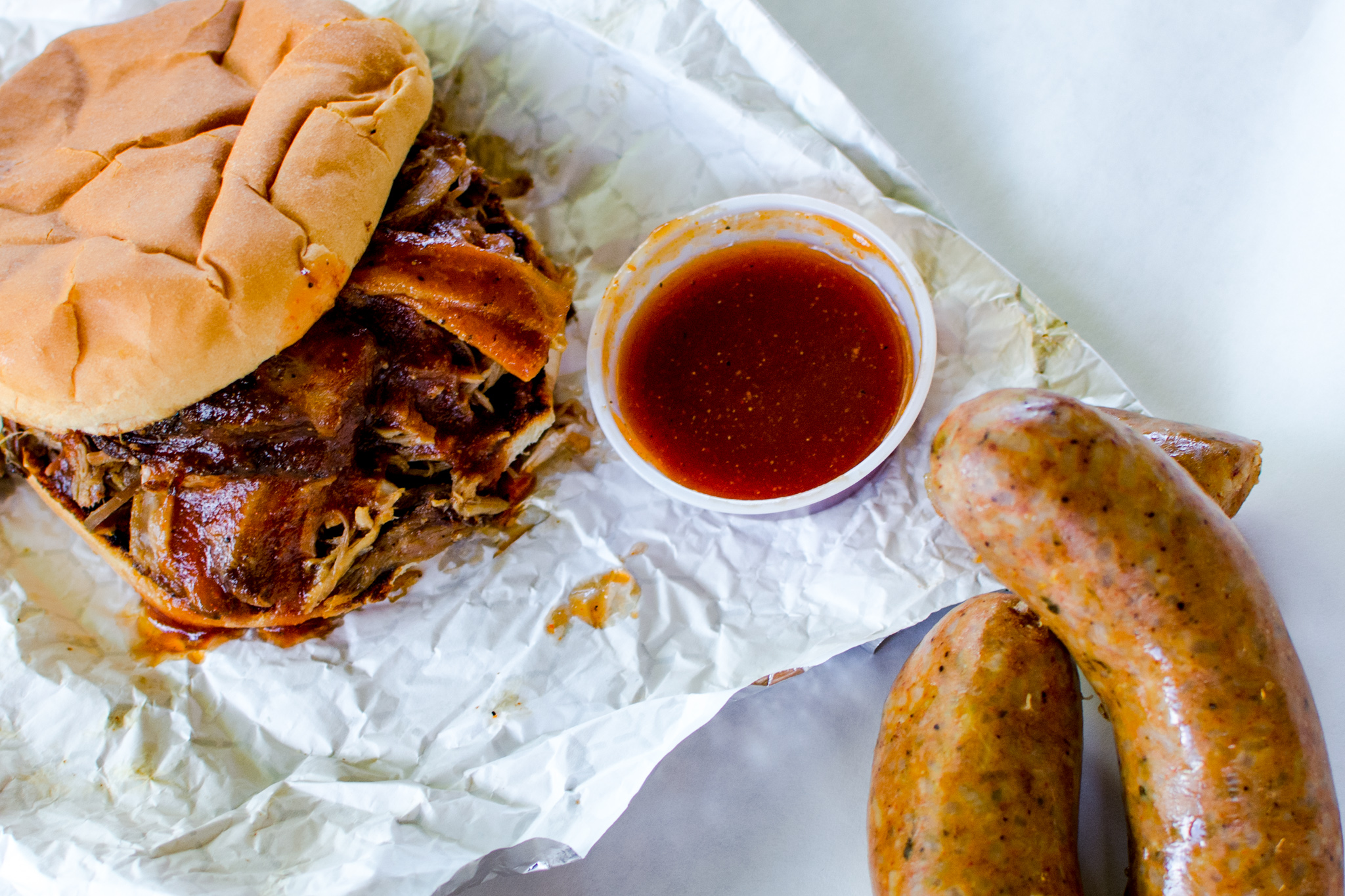 Before long, the Johnsons began butchering and smoking commercially and the prototype of the now common concept of the specialty meats market was born. The kitchen offered the common fare of a meat market as well as hot boudin and plate lunches crafted by none other than Lori’s mother, Louise Ella, “Lou”, as they called her was a fantastic cook. Her family and friends always told her, “You should open your own restaurant.” Her recipes have lived on. 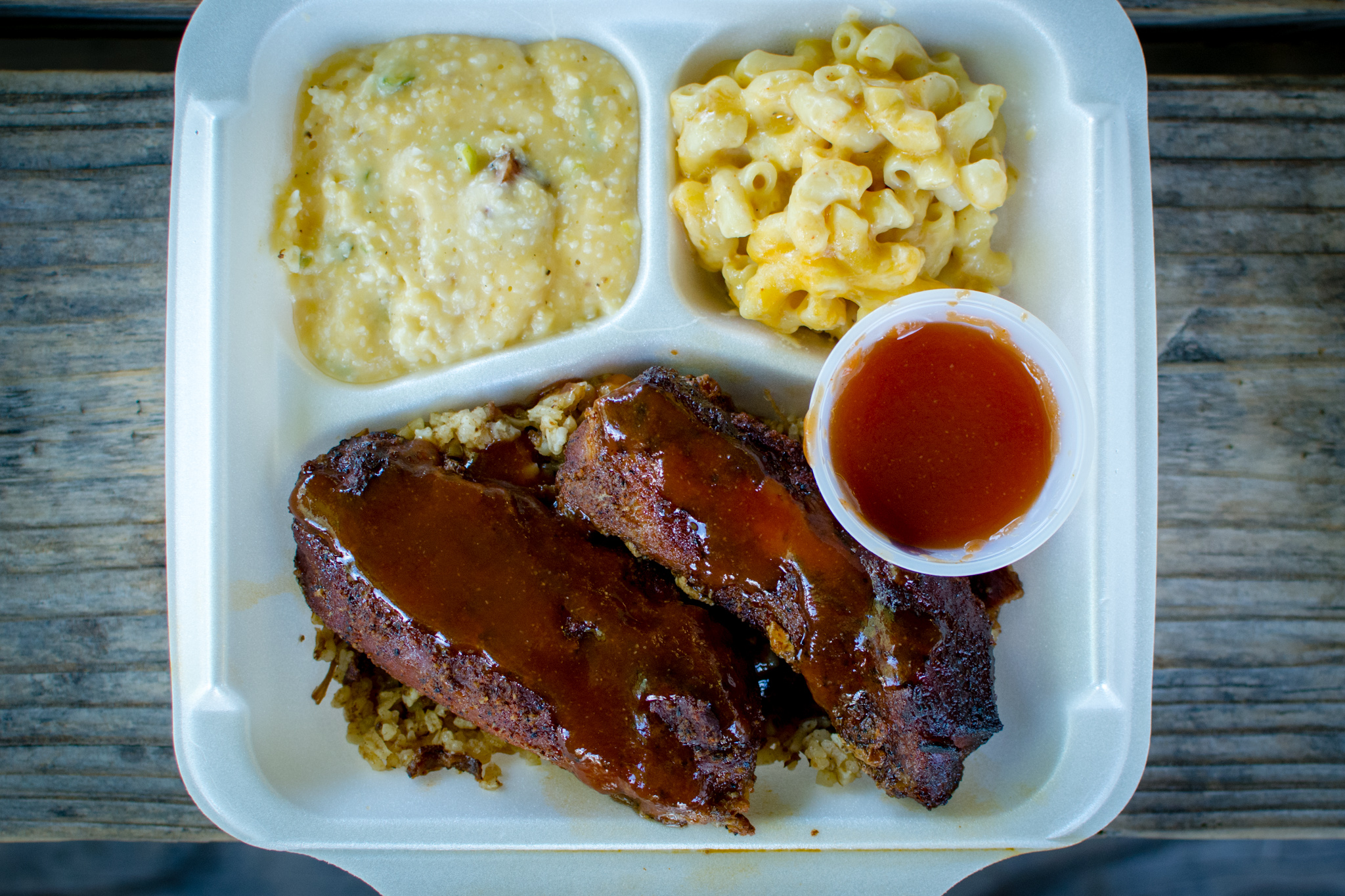 Johnson’s Grocery closed in Eunice in 2005 and from there a confluence of circumstances led Mr. Wallace’s daughter Lori and her architect husband Greg Walls to open Johnson’s Boucaniére in Lafayette. The reason was simple: as Lori says, “We were at a loss for what to do for good sausage.”They began making small batches of the original Johnson’s recipes at home and giving some to family friends. Soon, those friends encouraged Lori and Greg enough to build a restaurant, so the pair designed and built the now iconic structure at 1111 St. John St. 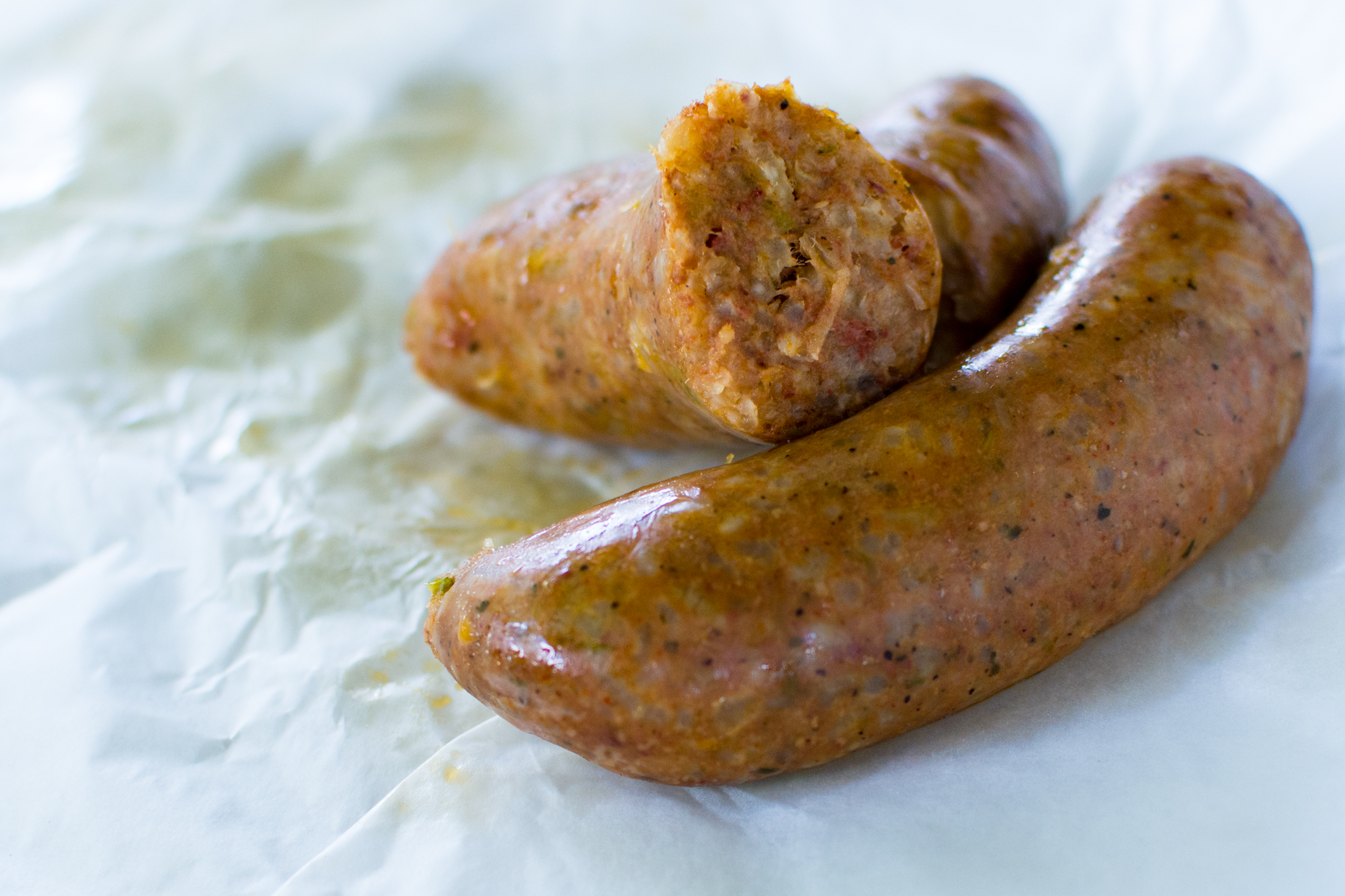 They knew they had to reinvent the old Grocery model to be successful in Lafayette. In 2008, there were already plenty of specialty meats markets around. Lori had some experience working in professional kitchens, and Greg was an accomplished builder and BBQ hobbyist. After months of research about building BBQ pits, Greg settled on a multiple chamber smoker that he worked into the design of the building at large. At the beginning, they offered Pulled Pork, Sausage Poboys, and a plate lunch of Sausage and Smothered Potatoes, but pretty soon they heard the call for Boudin and that delicacy from the old grocery was added to the menu in June 2008. Soon other items worked their way into the restaurant’s offerings as people asked for them. 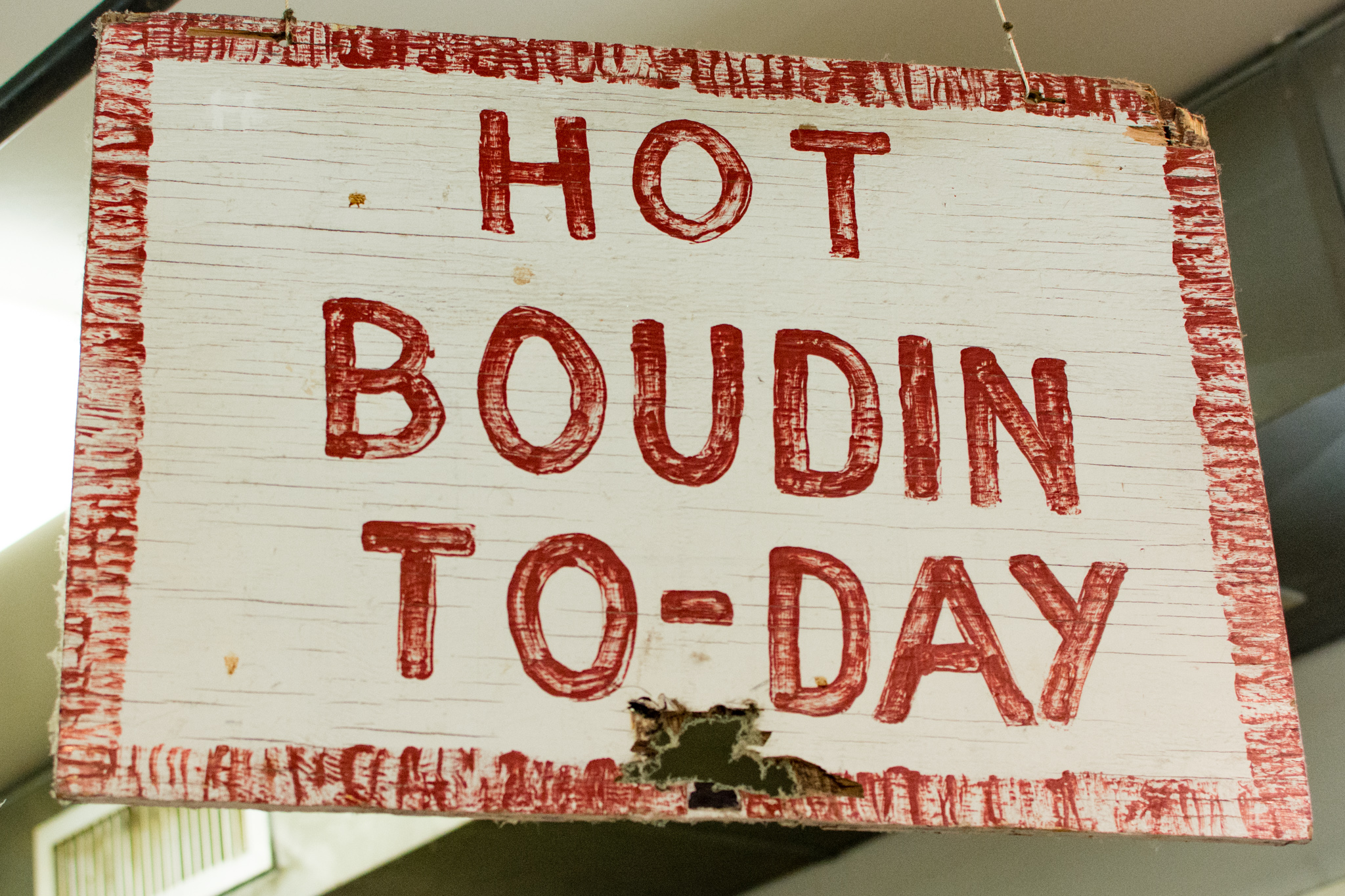 “We went according to what people were asking for" says Lori. There were kinks to be worked out as the restaurant came into its own, but a mantra offered by one of the original cadre: “One order at a time” is still felt in the hospitality and service at the Boucaniére. 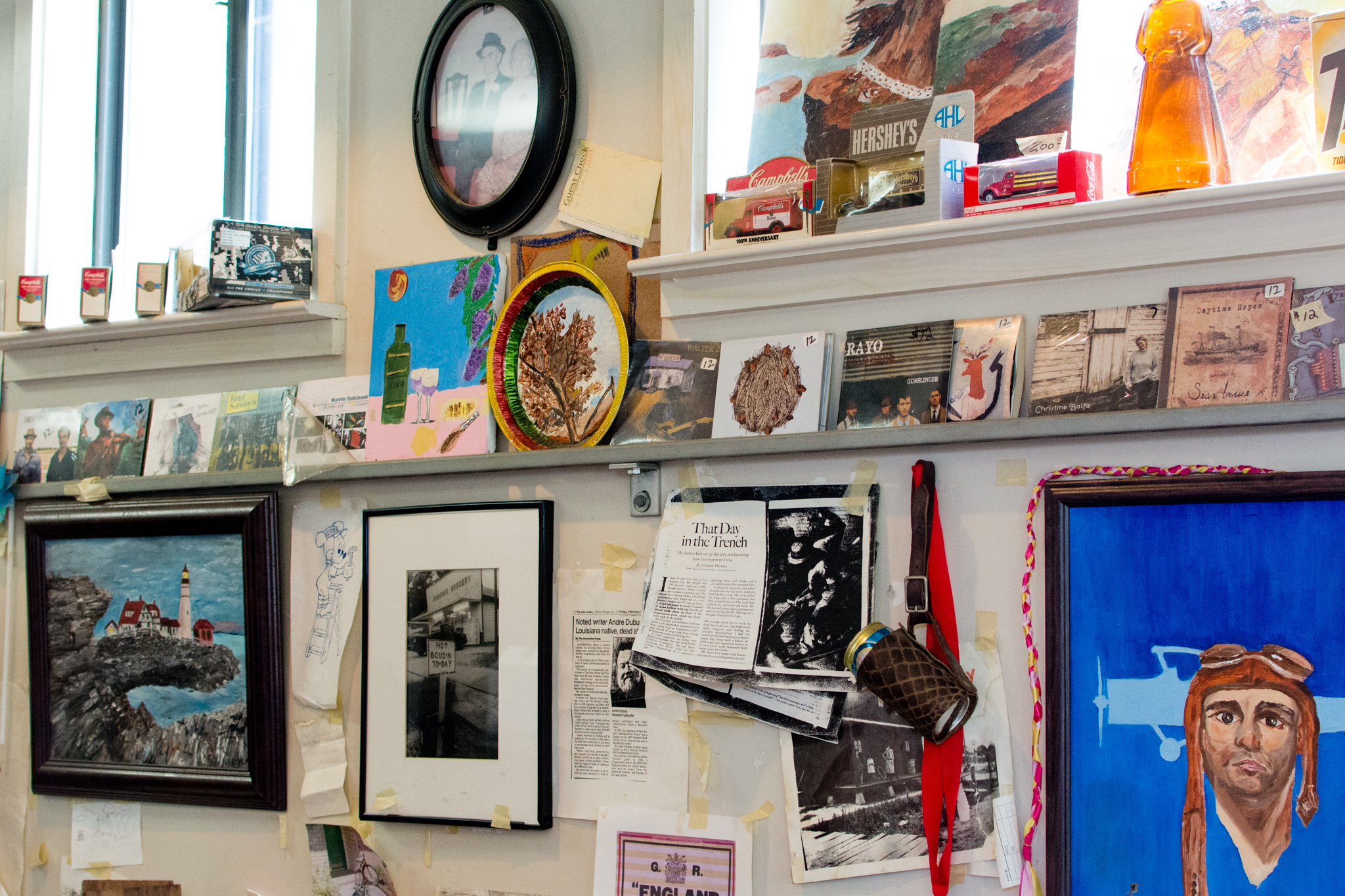 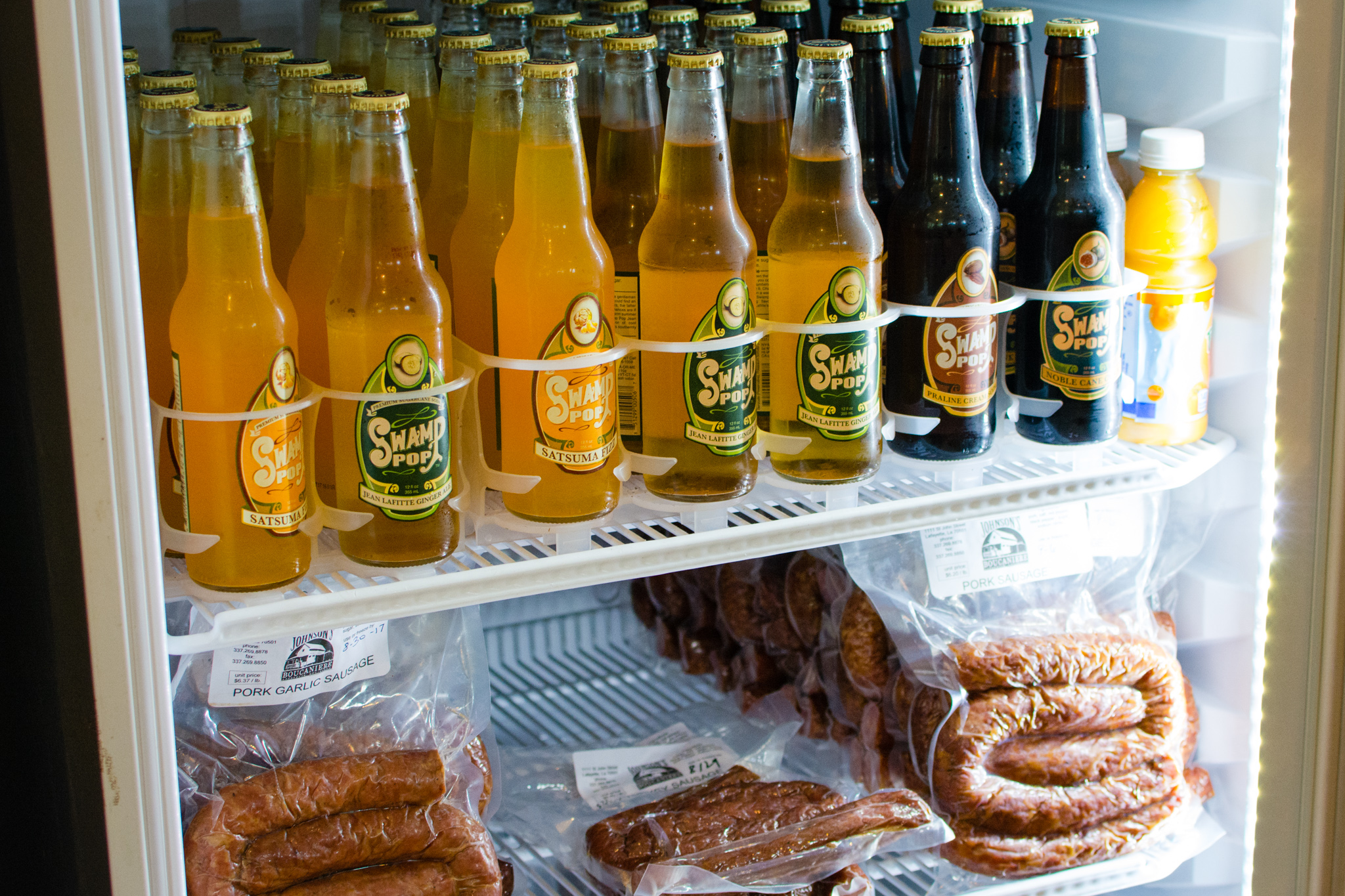 Greg and Lori eventually found well-defined roles for themselves within the operation. Greg arrives at the restaurant each morning to light the pits and load them with meats at 3:30 AM. He also works all day on Saturdays crafting the pit smoked chicken that can’t be missed. The kitchen has also found its soul in Joey Moore, who Lori calls the meat manager. He butchers and rubs all of the beef briskets and pork butts to be smoked and makes all of the sausage and boudin. Mr Wallace Johnson himself is even on hand. As he puts it, “I’m the order taker, the boudin seller, and the PR man.”As for Lori’s role at the restaurant that amounts to her family’s legacy, Mr. Wallace puts it best: “She’s the boss!”