Thomas J. Arceneaux designed the Louisiana Acadian Flag to commemorate the 200th anniversary of the Acadian exile into Louisiana and to remind us of other important influences on Acadians. Arceneaux, a native of Carencro, La., is a life-long supporter of English-French bilingual education in Louisiana Schools and was a charter member of the Council for the Development of French in Louisiana (CODOFIL). He is the former Dean of Agriculture (1941-1973) at the University of Southwestern Louisiana in Lafayette, LA and was one of the early leaders of the Louisiana French renaissance movement that revived interest and pride in the French-Acadian heritage. 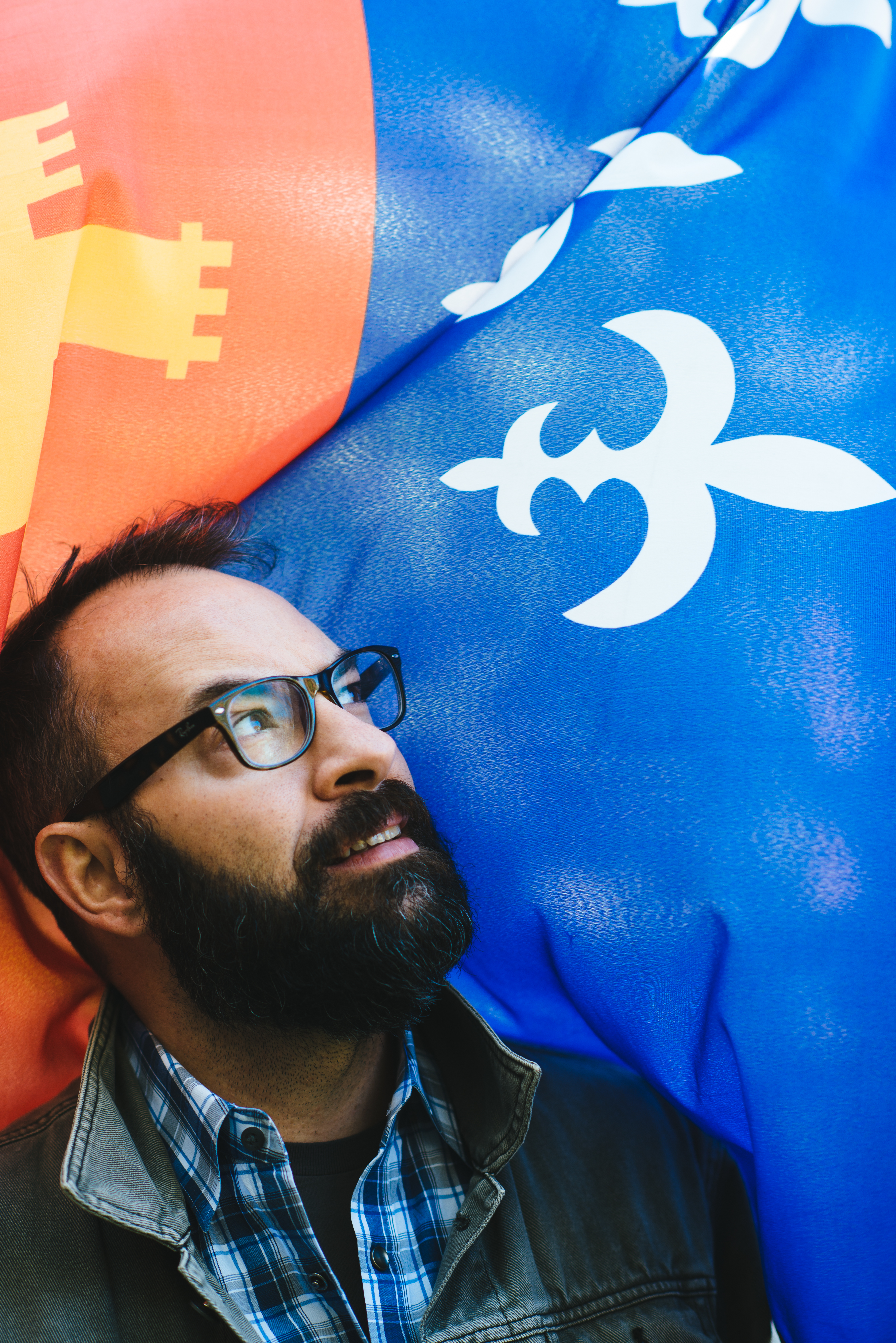 Description of the Acadian flag:

Three silver fleurs de lis on a blue field represent the French origin of the Acadians. The fleurs de lis is a symbol of the kings of France.

When the Acadians arrived in Louisiana, it was under Spanish rule. Since the Acadians prospered in Louisiana after years of exile, a portion of the flag pays homage to Spain with a gold tower on a red field representing the Old Arms of Castille, a prosperous European Spanish kingdom.

The gold star on a white field represents "Our Lady of the Assumption", Patroness of the Acadians. When the first settlers departed France for the New World, the Virgin Mary was highly revered. It was a period of great devotion to the Virgin. The King of France, Louis XIII, and Pope Pius XI declared the Virgin Mary the patroness of the kingdom, (Patronne de Royaume) and Patroness Saint of all the Acadians in Canada, Louisiana and elsewhere. On August 15, 1638, France and her colonies were consecrated to Mary under the title "Our Lady of the Assumption".

The star also symbolizes the active participation of the Acadians in the American Revolution as soldiers under Spanish Governor Galvez. Shortly after the arrival of the displaced Acadians in the Spanish territory of Louisiana, the American colonies started their struggle for independence. Spain decided to champion the cause of the 13 American colonies in their revolution against the same English nation that had so cruelly exiled the Acadians. The Acadians chose to serve under Galvez, the Governor of Spanish Louisiana, and they actively participated in the battles of Manchac, Baton Rouge, Mobile and Pensacola, which were all very important and decisive victories that contributed to the successful conclusion of the American Revolution.