The Cypress Island Nature Preserve at Lake Martin is home to a swampy ecosystem that supports globally significant numbers of species of colonial nesting water birds and native plants. Lake Martin is one of Louisiana’s largest nesting colonies for many species of water birds. Some of these species include the Anhinga, Great Blue Heron, Great Egret, Snowy Egret, Little Blue Heron, Tri-colored Heron, Cattle Egret, Black-crowned Night Heron, White Ibis, and Roseate Spoonbill. Lake Martin is also used as a rookery year round for many species.

Lake Martin is also home to a substantial nesting population of alligators, which can typically be spotted from Rookery Road, which runs right along the edge of the lake. They are naturally camouflaged, but it doesn't take long to get good at gator-spotting, and even if it doesn't come easily to you, you can usually find them by looking for stopped cars and folks with cameras and binoculars. 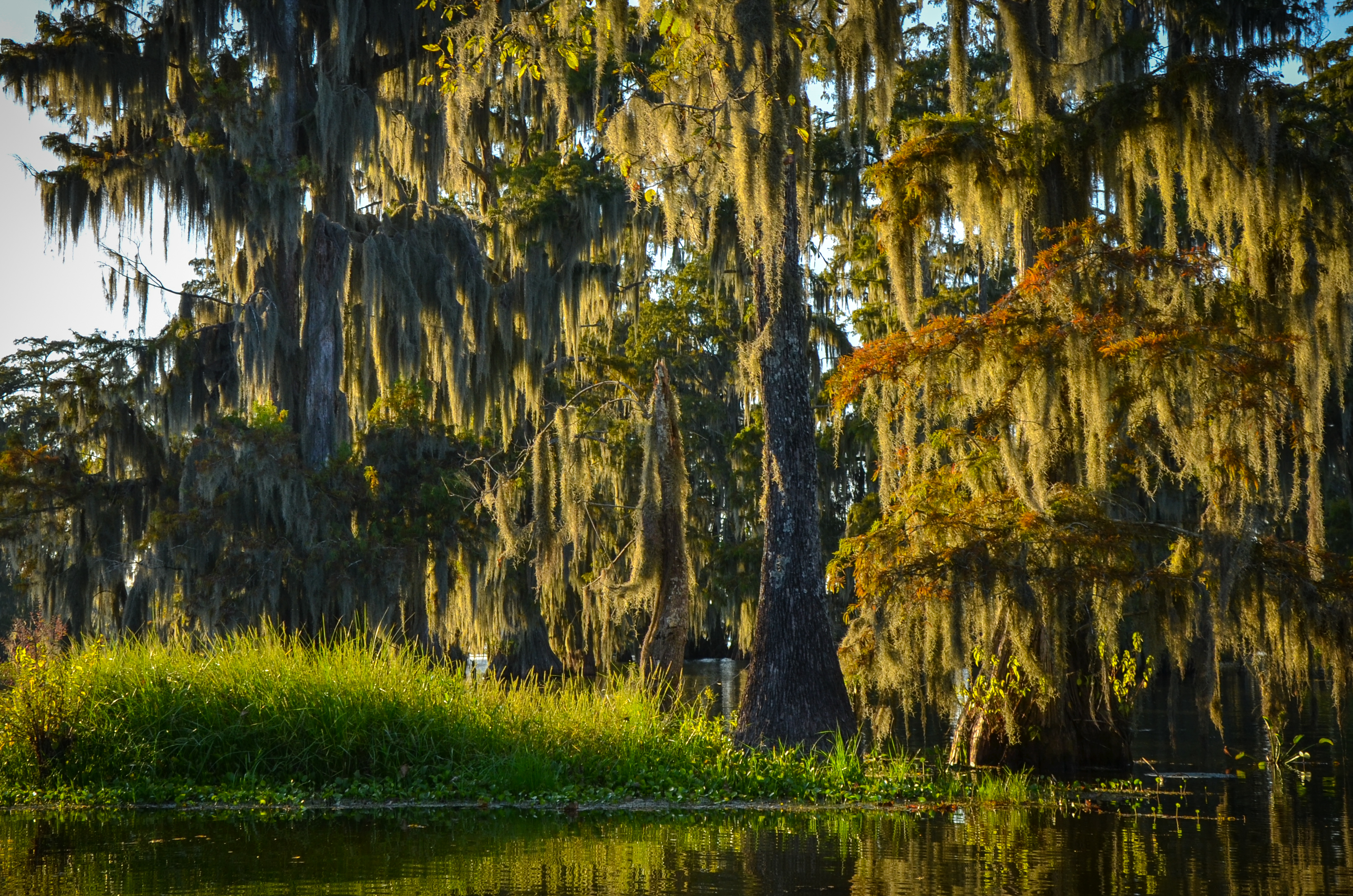 Other reptiles and amphibians, including a variety of snakes, turtles, lizards, and frogs, are also common in the lake and the surrounding brush, so be on the lookout. Again, none of these animals are aggressive, but snakes in particular are best viewed from far away.

Another commonly-sighted animal in Lake Martin is the nutria, or coypu. These large invasive rodents began populating the South Louisiana swamps in the 1930s when, as legend has it, they escaped from a fur production facility owned by the McIlhenny family (of Tabasco fame) during a hurricane.

Unlike the deeper swamps of the Atchafalaya Basin, Lake Martin can be easily reached by car and much of the surrounding area can be explored on foot or in a canoe or kayak.

The preserve is currently owned and managed by the Nature Conservancy, who works to keep the lake clean and ecologically sound. They also maintain a visitor's center and a boardwalk over the swamp at the South end of the lake.

Lake Martin is also one of the Most Instagrammable Places in Louisiana!
Click here for more information.